Kia is strategically boosting up their SUV offerings. Joining the Telluride, Sorento, Sportage, Niro, and cult favourite Soul in the Kia SUV lineup, the Seltos new on the horizon for 2021.

But, really, how do they all compare? What’s the difference between the models? How do I make the best choice for my lifestyle?

We’re going to break it all down for you focussing on Kia’s mid-sized SUV offerings: Kia Sportage vs Sorento vs Seltos. What’s the difference? Read on to find out more, or slide on down to the bottom of the page for comparison photos or to book a test drive.

From largest to smallest:

The Sorento approaches midsize territory with third row seating boosting its capacity to seating for 7, while the Sportage competes in the compact class with seating for 5. The Seltos, making its debut early 2020, will find a comfortable niche in the subcompact SUV category – a bit smaller than the Sportage, but larger than the Soul or Niro.

The Sorento is larger than the Sportage and offers three rows of seats, although it’s a bit smaller than traditional midsize family crossovers like the Honda Pilot, Volkswagen Atlas, and Toyota Highlander, putting it in a unique position within the marketplace. It truly is in a category all its own – seating for 7, in a zippy, maneuverable compact ride. If space is your number one priority though, check out the new Kia Telluride, which made its debut for 2020, and is better aligned with the 3-row offerings of Toyota, Honda, Ford, and the like with regard to space and feature content.

The compact Sportage counts vehicles like the Toyota RAV4, Ford Escape, and Honda CR-V among its main competitors.

The Seltos is a 5-passenger subcompact SUV crossover, which essentially means it’s a small – but not too small – city SUV, perfect for zipping around town and roomy enough for long roadtrips. Designed to compete with the Hyundai Kona, Honda HR-V, Toyota CH-R, and Nissan Qashqai, the Seltos is sure to be a segment leader. It will be the largest subcompact SUV on the market when it arrives.

Below we’ll compare the Sorento, Sportage, and Seltos, and in a number of categories to give you a better idea of the ways in which these SUVs differ.

The Sportage‘s center stack is tilted toward the driver. As with the outside, the Sportage’s interior is clean and modern, despite the vehicle having been around for a few years. Newly standard for 2020 is an 8.0-in infotainment system with Android Auto and Apple CarPlay compatibility, a driver attention monitor, automatic emergency braking and lane-keeping assist. Buyers can choose between a black and a gray interior.

The Kia Sorento‘s more conservative design theme carries over to its interior. A 7.0-in touchscreen is standard, while upper trims get an 8.0-in screen, either of which comes with Apple CarPlay and Android Auto compatibility as standard. Every Sorento offers room for seven passengers via a third-row seat that folds flat into the rear cargo area.

The modern interior styling of the Seltos welcomes passengers with a spacious cabin and premium leather seating that fits up to 5 adults comfortably. Boasting plush materials and simple-to-use infotainment system and other advanced technology features, it is equipped with a high-sitting 10.25″ HD touch screen, 360° camera, rear camera, and a Bose sound system.

The Sorento is all around bigger than the Sportage. The Sorento offers 38 cu ft. of cargo space with its third row folded and 11 cu ft. with the third row extended. Fold both the second and third rows and the Sorento offers a total of 73 cu ft. Total interior volume is 154 cu ft.

Cargo space in the Sportage comes in at about 31 cu ft. behind the second row, or 60 cu ft. with the second row folded. Total interior volume is 129 cu ft.

The Seltos has about 27 cu ft. behind the second row, or 63 cu ft with the second row folded. Total interior volume is figures are not yet available. The Seltos sits between Kia Soul and Sportage in terms of pricing and size and boasts 8 cu ft. more storage behind the rear seats than the Soul, as well as more conventional styling.

The Sportage was last fully redesigned for the 2015 model year, and for 2020 is offered with two different engine options. Entry-level LX, S and EX models employ an economical 2.4-liter 4-cylinder putting out 181 horsepower and 175 lb-ft of torque. At the top of the range is the SX Turbo, which comes with a potent 2.0-liter turbo four making an impressive 240 hp and 260 lb-ft of torque. Both engines are paired with a 6-speed automatic. Front-wheel drive (FWD) is standard — all-wheel drive (AWD) is optional. An AWD Sportage with the basic 2.4-liter 4-cylinder under the hood will return 23 miles per gallon in combined driving, while AWD-equipped turbocharged models earn 21 mpg overall. Neither of these figures is particularly impressive.

The current-generation Sorento came out for the 2016 model year and received a minor facelift for 2019. Base-level L and LX trims use the same 2.4-liter 4-cylinder you get in the Sportage, although in this application it puts out 185 hp and 178 lb-ft of torque. S, EX and SX trims come with a 3.3-liter V6 that puts out 290 hp and 252 lb-ft of torque. 4-cylinder models come with a 6-speed automatic, while 6-cylinder models get an 8-speed. Equipped with optional AWD, 4-cylinder Sorento’s return 23 mpg combined, while V6 models earn 21 mpg overall.

Smartly styled with 2 different engine options, the 2021 Seltos has a model for every budget. The base model includes a 2.0-liter four-cylinder MPI engine producing 146 horsepower and 132 lb.-ft. of torque, managed by an Intelligent Variable Transmission (IVT) (LX, S and EX). The SX Turbo AWD comes with a turbo charged 1.6-liter Turbo GDI engine outputting 175 horsepower and 195 lb.-ft. of torque, paired with a 7-speed Dual Clutch Transmission (DCT) (S and SX).

As one of Kia’s main selling points is value, and so the Seltos, Sportage, and Sorento are offered with an impressive arrABlind Spot Warning, Rear Cross Traffic Alert, Heated front seats, audio/infotainment screen, alloy wheels, and rearview camera.

For 2020, the Sportage gains a standard 8.0-in infotainment screen. Lower trims of the Sorento come with a 7.0-in screen, while upper trims offer the same 8.0-in screen found in the Sportage. Kia’s UVO infotainment interface is standard, and all vehicles also come standard with Android Auto and Apple CarPlay compatibility. All three vehicles also offer an array of ports and outlets for connecting and charging devices — the Sorento even offers an available 3-prong home-style outlet at the back of its center console.

Both the Seltos, Sportage and Sorento offer an available Harmon Kardon premium audio system, a power lift gate, a panoramic sunroof, LED lighting, an app that enables you to lock and unlock the vehicle from afar, and more.

In their current designs, the Sportage and Sorento have earned Top Safety Pick awards from the Insurance Institute for Highway Safety (IIHS) for their crash test performance, while the as yet unreleased Seltos has not yet been tested but it would come as no surprise if it too earned accolades from the IIHS.

The Seltos, Sportage and Sorento offer a healthy array of available active safety tech. All three can be had with automatic high beams, blind spot monitoring with rear cross-traffic detection, adaptive cruise control with low-speed functionality, front and rear parking sensors, lane-departure warning and parking assist. Needless to say, safety shouldn’t be a concern with either of these SUVs. 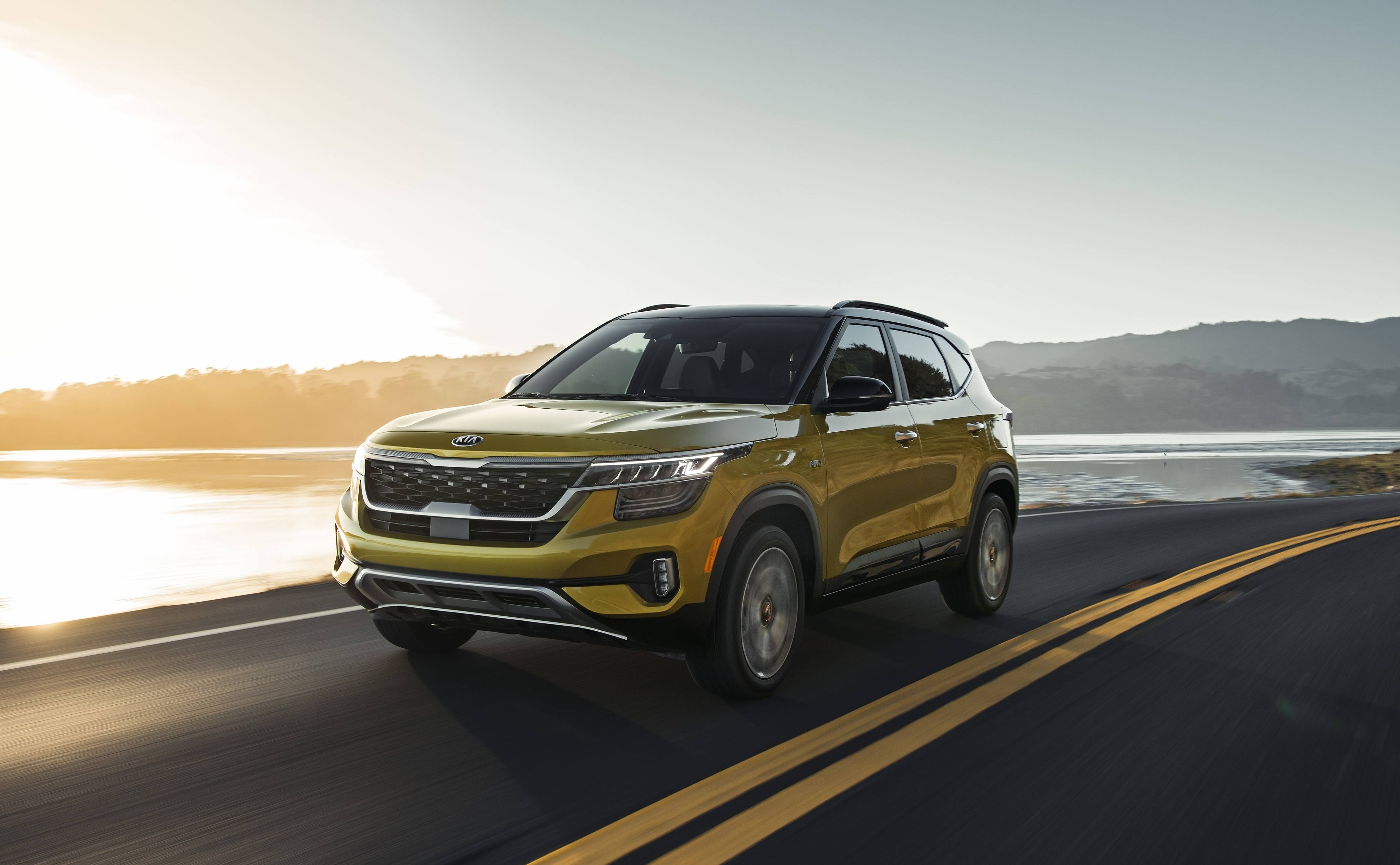 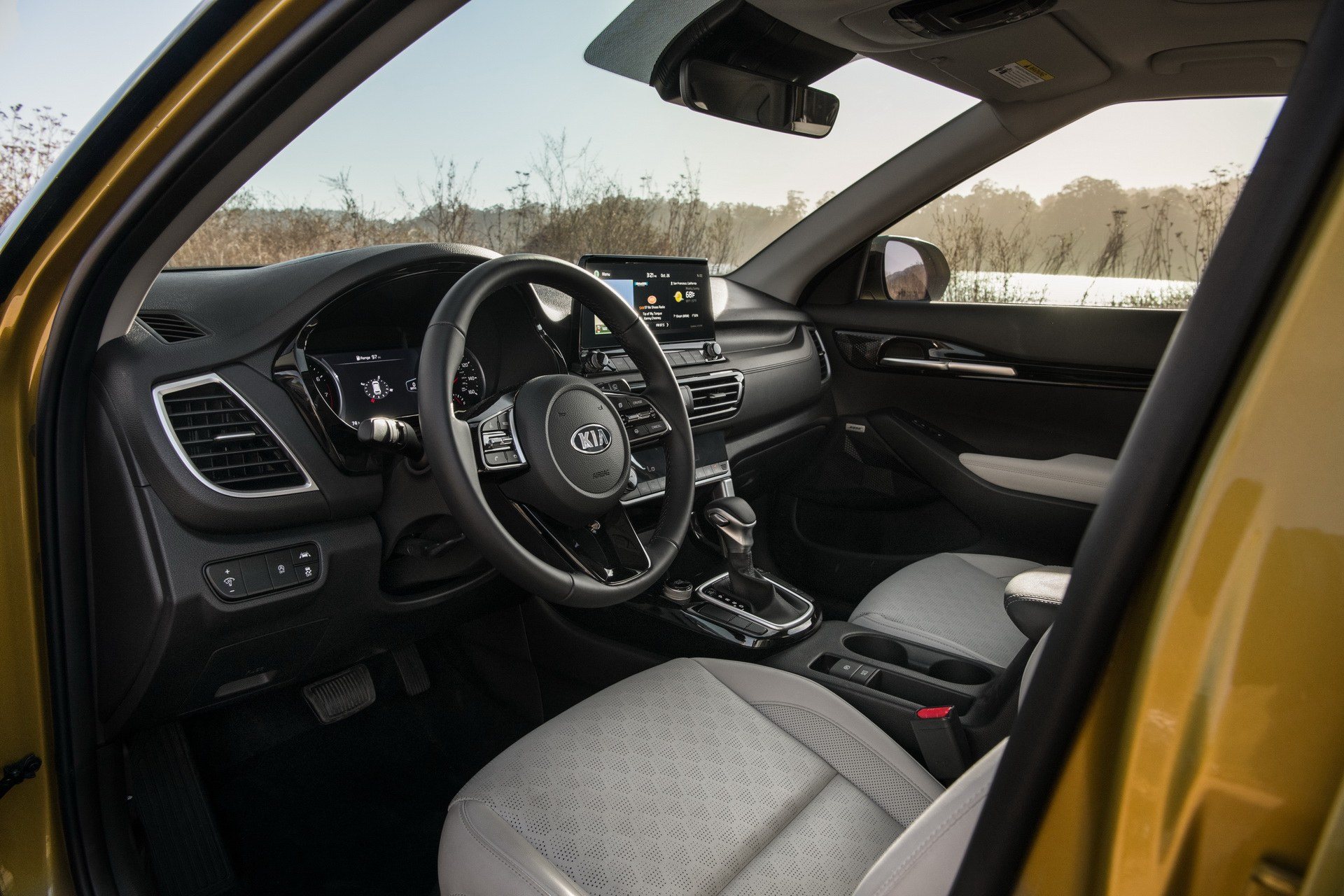 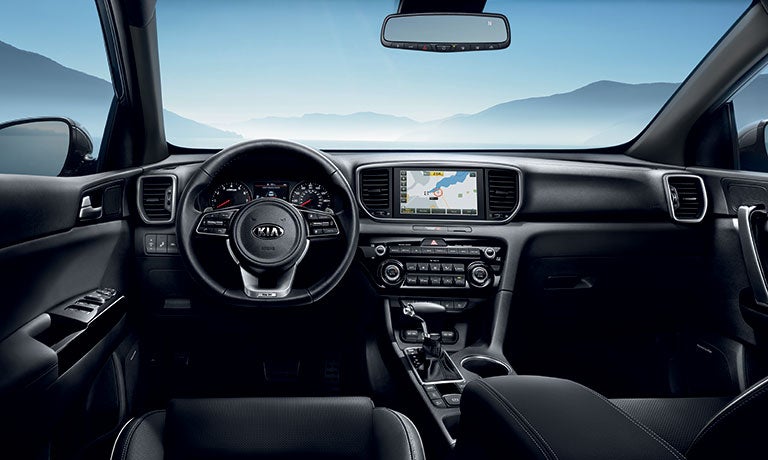 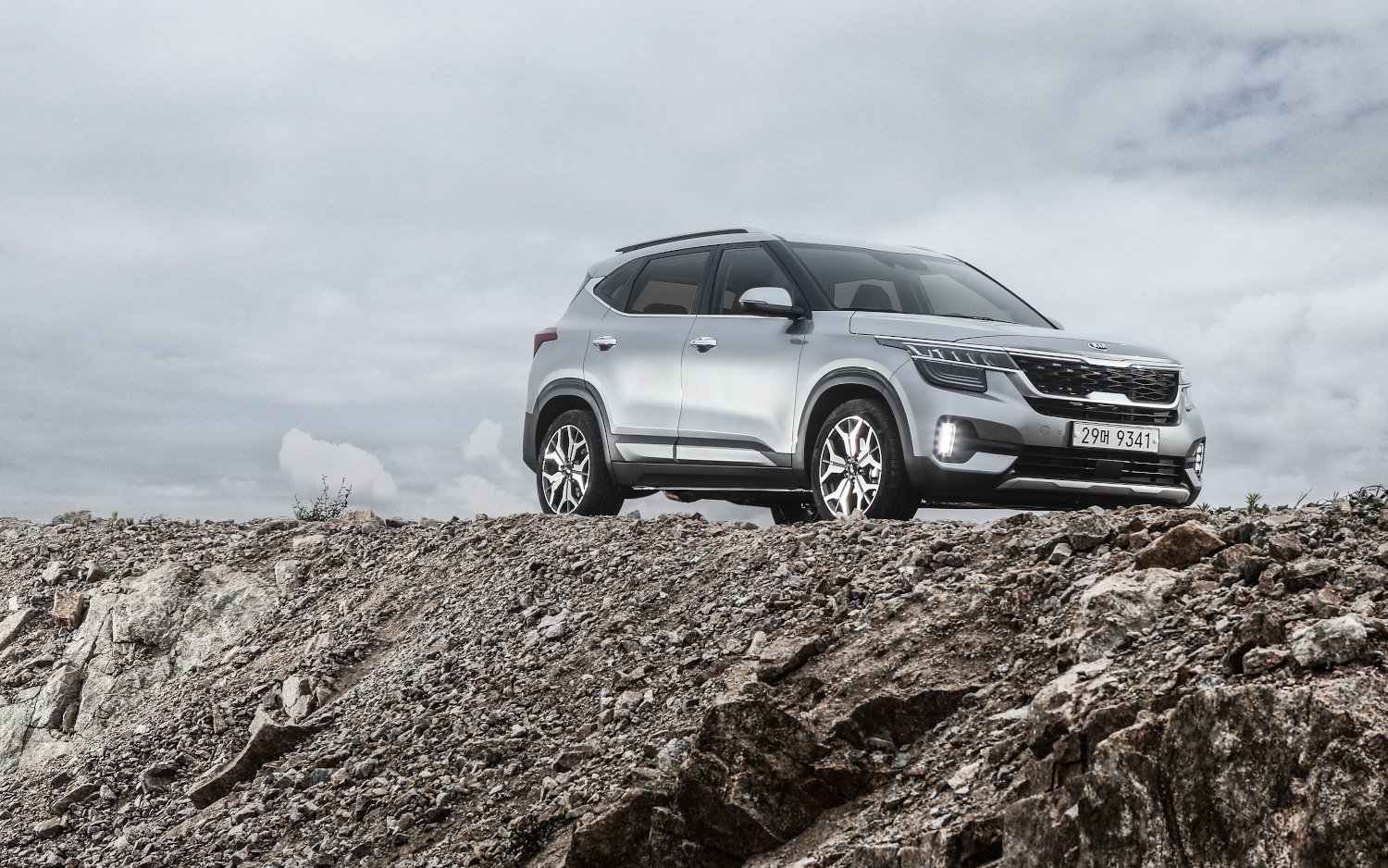 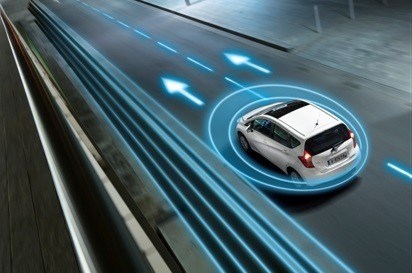 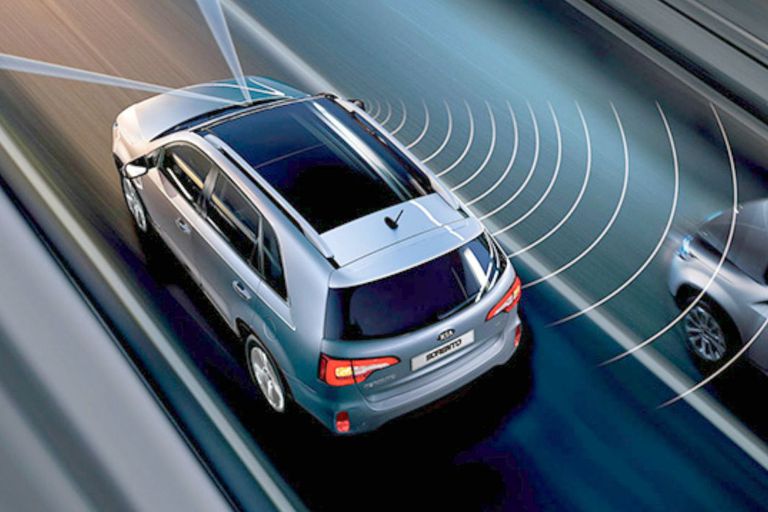 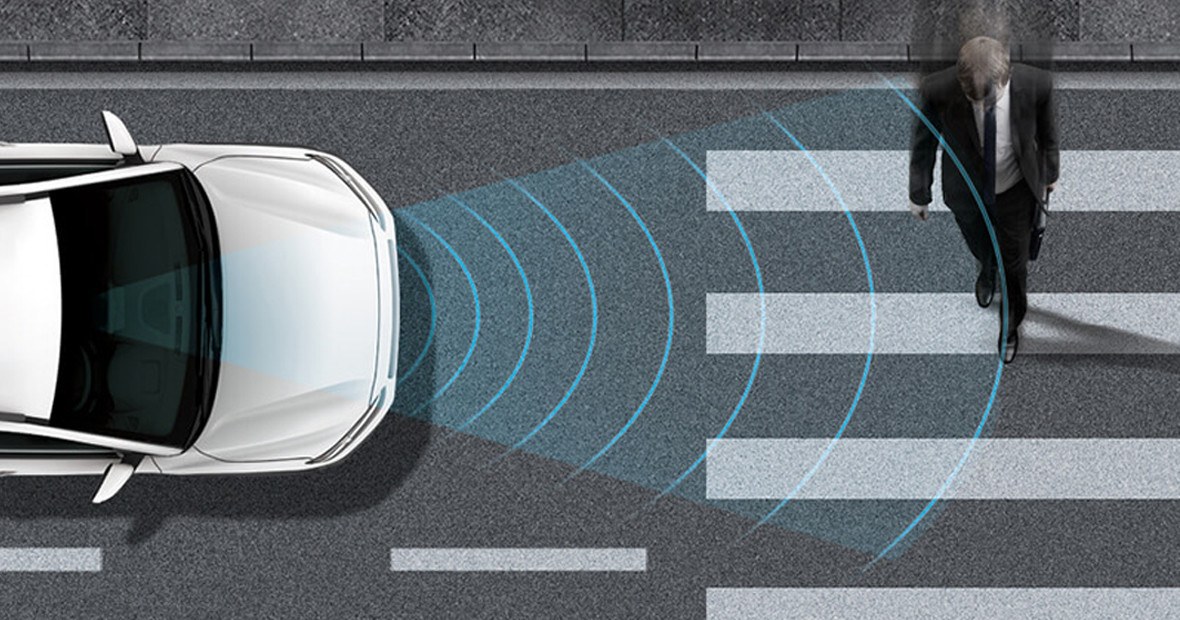 Check out Auto-Traders original article on the Sportage and Sorento here.