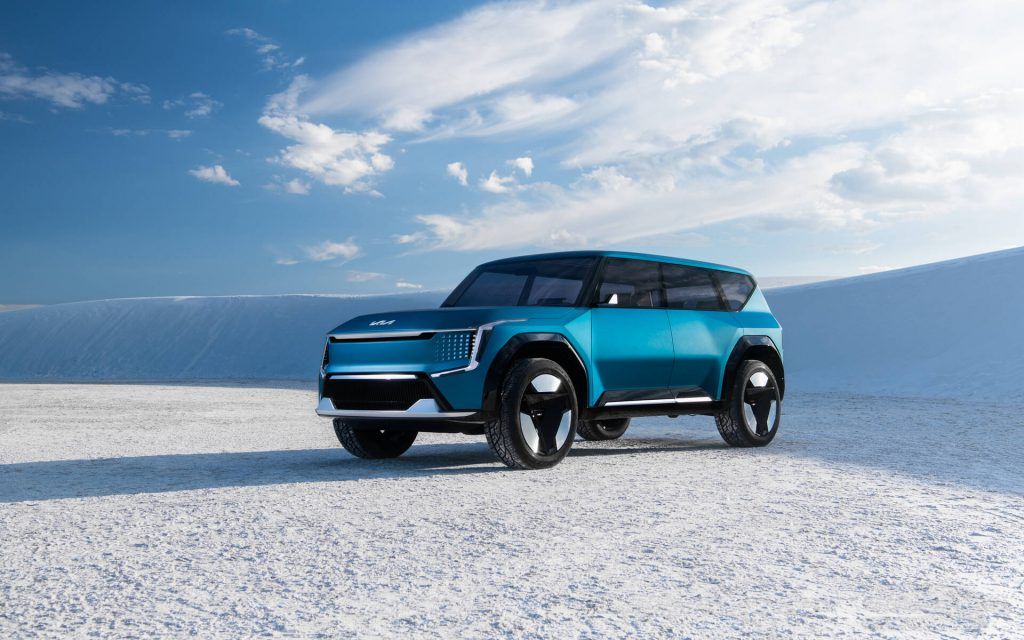 Kia has announced plans to expand its electrified offerings significantly over the next five years. Kia will add a range of 14 all-battery electric (BEVs) by 2027. This includes two new pick-up models and a standard entry-level EV.

The models will join the existing EV6. The first of which is the EV9 – set to launch internationally in 2023. The models will expand performance-focused GT versions to the entire range of electric vehicles, following the lead of the EV6 GT.

Also announced by Kia was a commitment to design its first dedicated purpose-built vehicle (PBV), which is expected to be a medium-sized electric shuttle with autonomous driving capabilities.

The concept is due in 2025, based on a flexible skateboard EV platform. Kia will also introduce a PBV version of the Niro called Niro Plus in 2022, meant for taxi and car-hailing services, some time before that.

45 per cent of new Kia models sold will be electric, the company says.

Lastly, Kia has set ambitious goals on production for small- and medium-sized EVs in Europe from 2025; mid-sized SUVs and pickups in the United States from 2024; and entry-level and mid-size EVs in India from 2025. From 2023, it will introduce mid-size EVs in China.