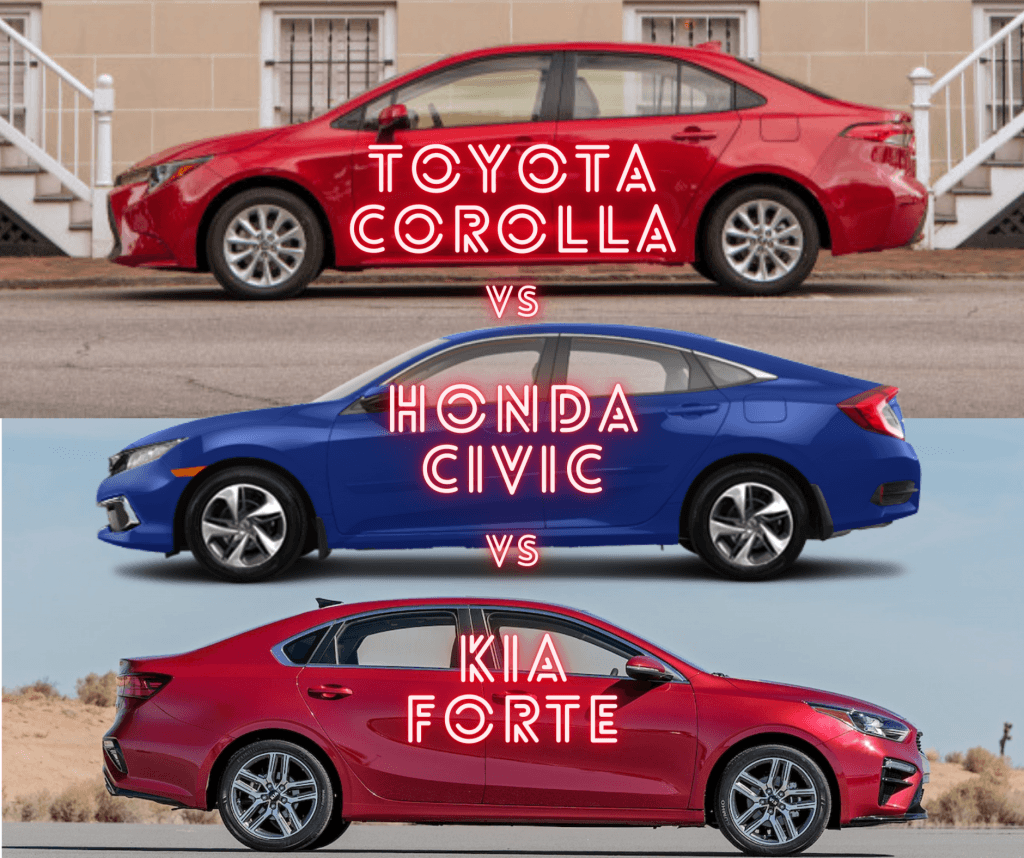 If you’re in the market for a sporty small car, this subcompact car comparison is just what you're looking for. The subcompact has always been popular ride. Plus, they’re great on gas, easy on the pocketbook, and fun to drive.

But, up until recently, it’s been a bit repetitive with heavy hitters like Honda and Toyota dominating the segment on repeat for decades.

So, today we're going to compare the two best selling subcompact cars on the market against the KIA Forte EX:

We based our chosen models on price to find three models of similar cost. All models are the base model, or close to the base model. And the clear winner may surprise you. Read on and don't forget to check out the chart below. Plus, it's comprehensive and we've put hours of research into it so you don't have to.

To start, for this subcompact car comparison let's look at what these three cars have in common, which isn't much.

The KIA Forte and Toyota Corolla run in the neighbourhood of $22K MSRP including PDI and delivery. Noted exception is the Honda Civic tipping the scales at over $25k. Which is an interesting thing to note, because as you'll see, it doesn't have $3000 in extra value or features. At $25k, you could be driving compact crossover like the KIA Seltos or the KIA Soul. Plus, there are a lot of ‘NOs’ in their column for such a leap in price.

Now that we've covered what the Corolla, Civic, and Forte have in common, let's take a peek at individual features.

The KIA Forte boasts 16” machine finish alloy rims. The Honda Civic has 16” steel wheels with hubcaps. And the Corolla rolls up last on a set of toy 15” steel wheels.

The KIA Forte is the only model with this much-coveted feature. And let me tell you, when have it you can't imagine life without it.

Again, the KIA Forte is the only model with this feature.

While the Honda Civic and KIA Forte both have this handy winter feature, it's missing from the Corolla. In addition to the heat, the Forte also has signal repeaters, a great safety feature.

But, if heated front seats are on your list you can rule out the Corolla.

The KIA Forte is the only model with 8" display audio. The rest have smaller screens, and an inch or two might not seem like a big deal... until you're on the highway trying to find your favourite song, or make a phone call.

Interestingly, the Toyota Corolla is the only vehicle on our list without cruise control.

While other models have an array of safety features in common with the KIA Forte, only the Forte has Driver Attention Warning. When the system detects issues, it alerts the driver with visual and audio warnings. A coffee cup appears on the dashboard along with an audible alert to alert the driver that they are either driving carelessly or should consider taking a break from driving on longer drives.

KIA Forte leads the pack with a 5-year 100,000 kms warranty, compared to the rest who only offer a 3-year warranty. But, to match that out of pocket, it’s an expense of about $600 per year depending on the manufacturer.

But no subcompact car comparison is complete without taking a peek at volume. Most buyers are looking for compact, not tiny.

All models have a similar 146 hp engine, with the Civic sneaking ahead with 158 hp.

The real story of this subcompact car comparison is the KIA Forte. The KIA Forte comes with features the other models don’t. These must-haves are 8" display audio, sideview mirror signal repeaters, wireless phone charger, and a heated steering wheel. Features you’ll wonder how you ever lived without them.

We’re officially renaming it the KIA-Yes-That’s-Standard-Forte. However, pointing your attention to the list of 'YES's below the KIA Forte, we’re going to let you make up your own mind. Check out the chart below.

To learn more about the KIA Forte, check out our Learning Library, which has lots of articles on everything you need to know about KIAs here. To check out our inventory, click here. To book a no obligation test drive, click here. Or to talk to a team member, call us at 250-360-1111. We're always here to help! 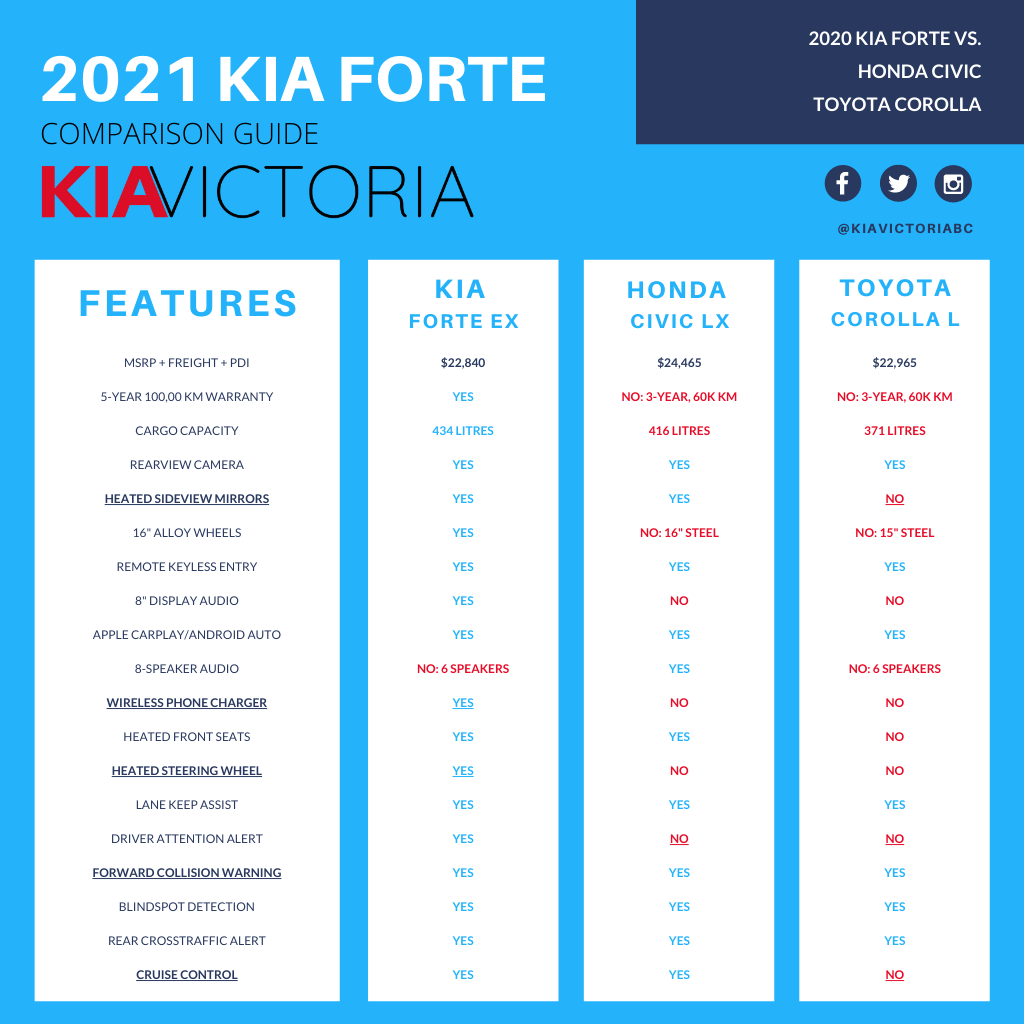 Here are some images for your own side-by-side comparison. 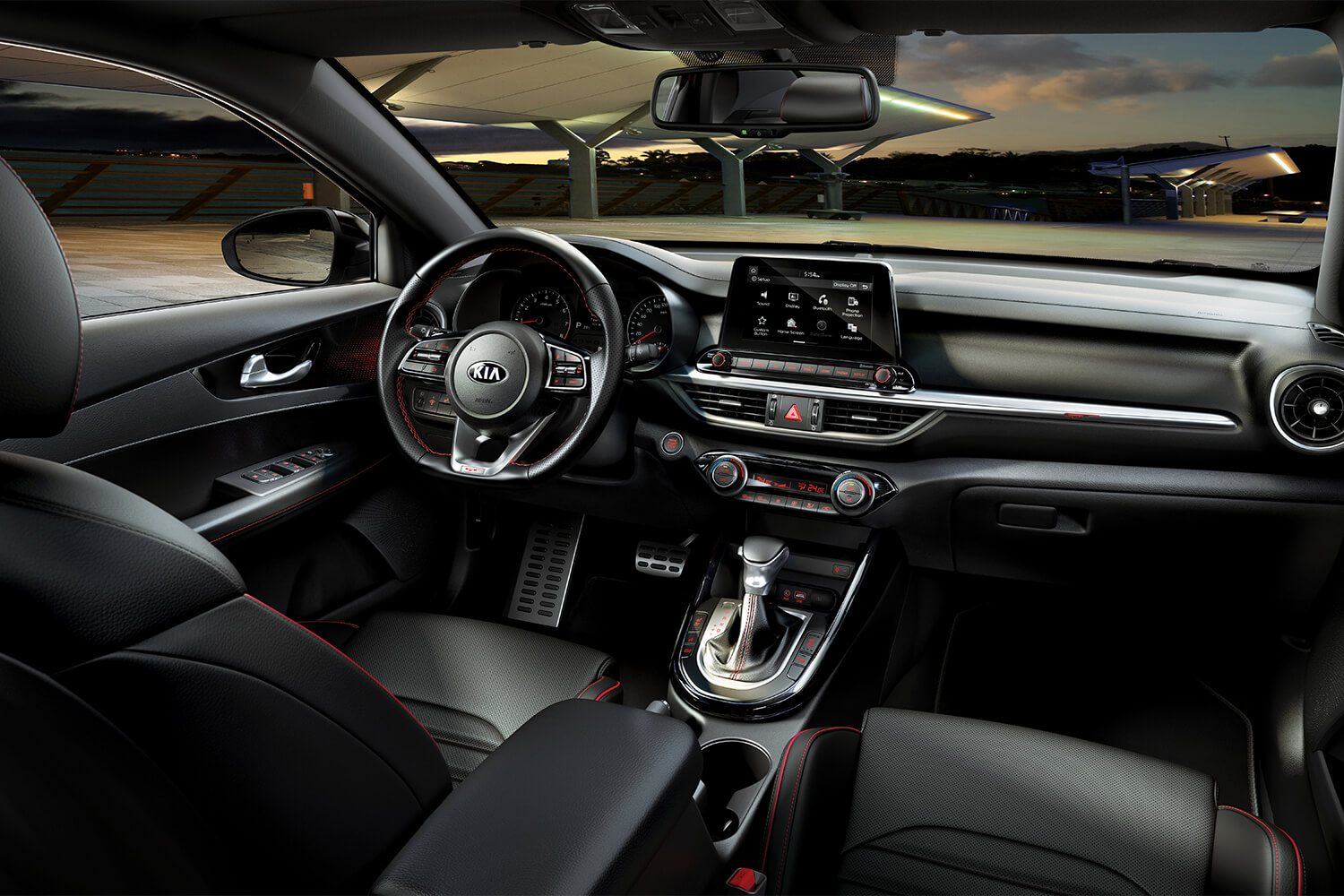 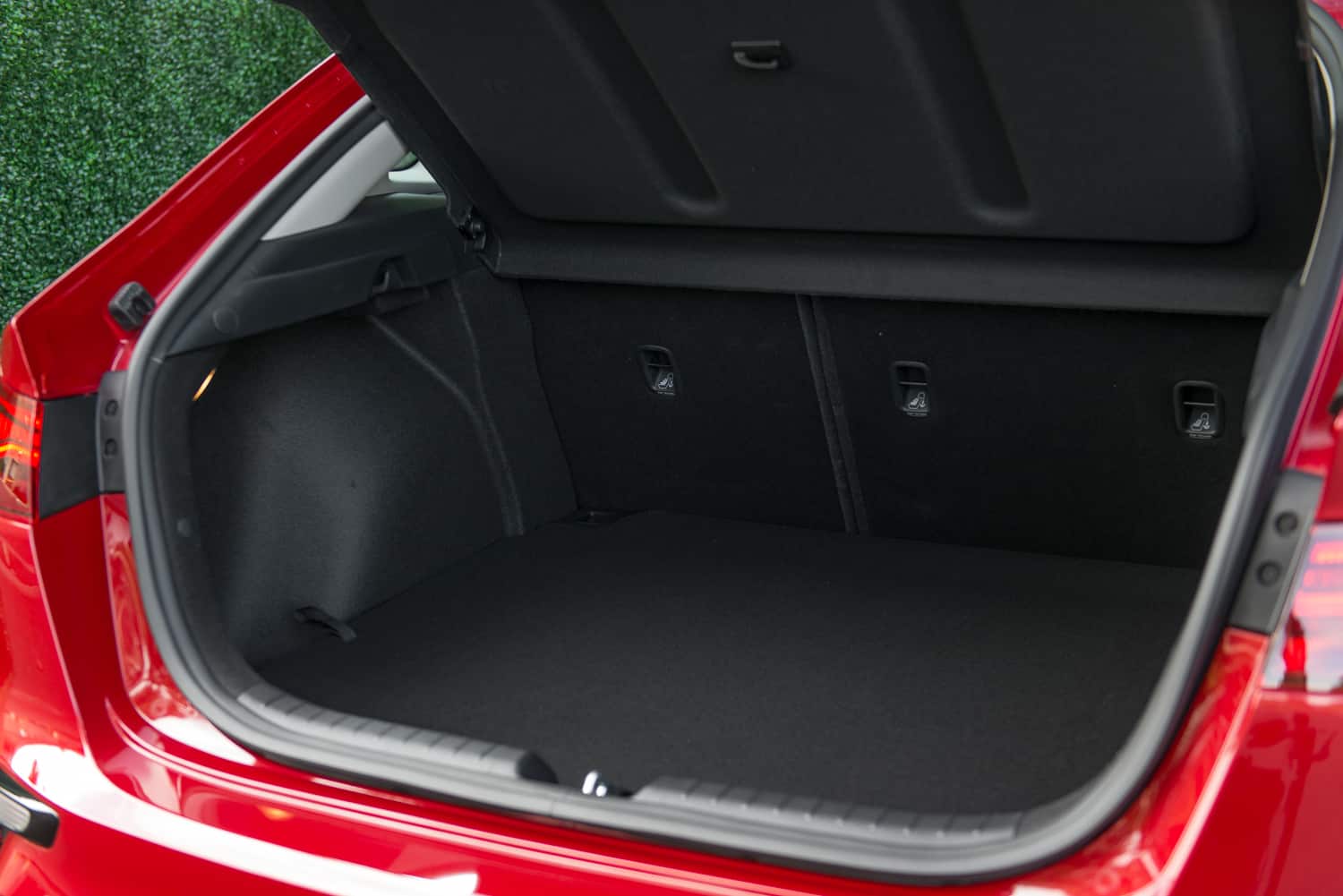 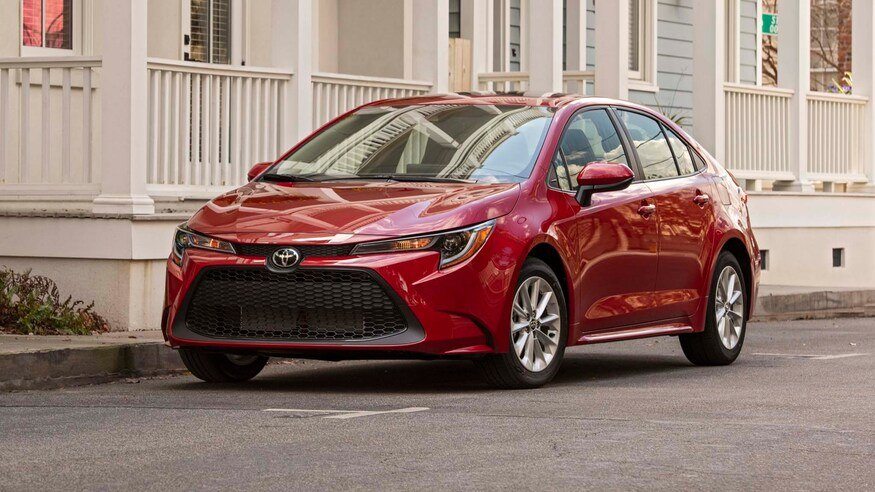 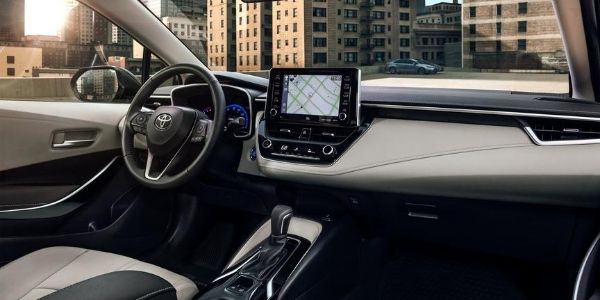 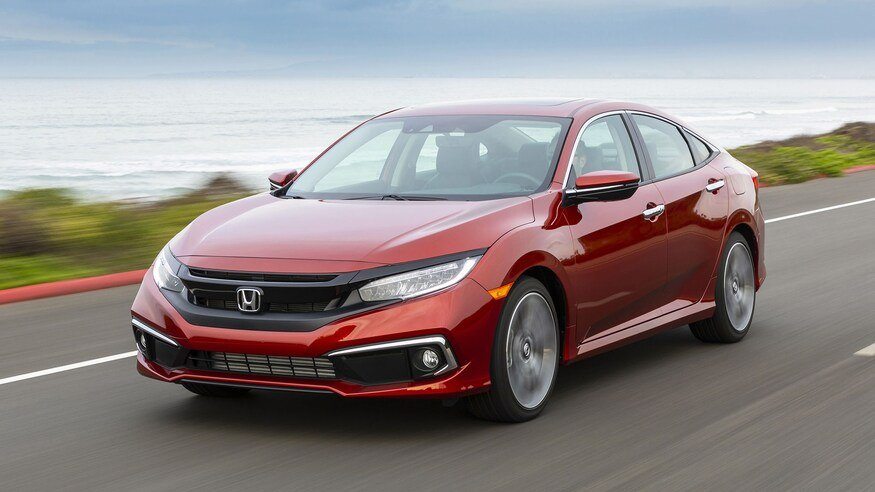 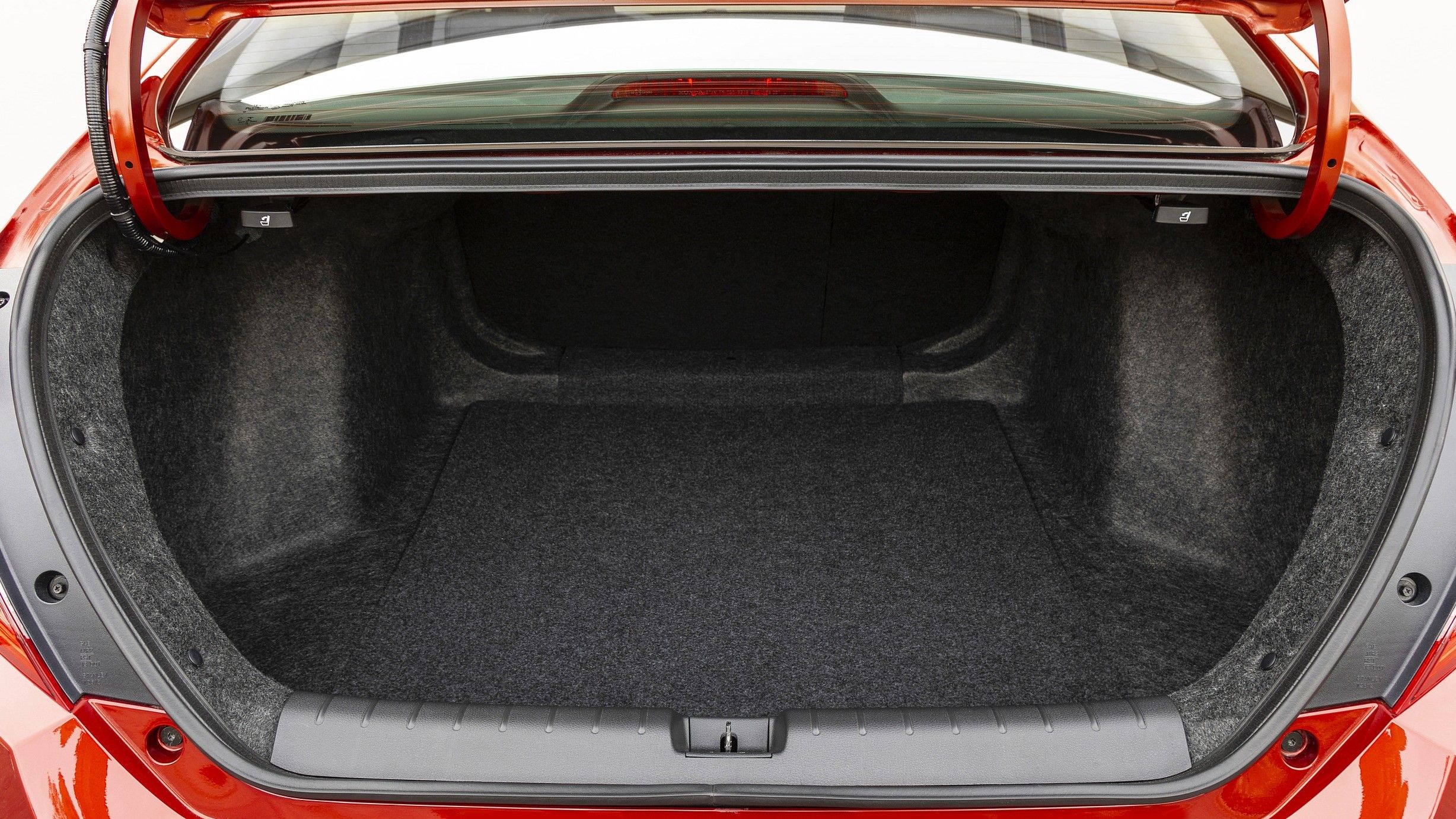